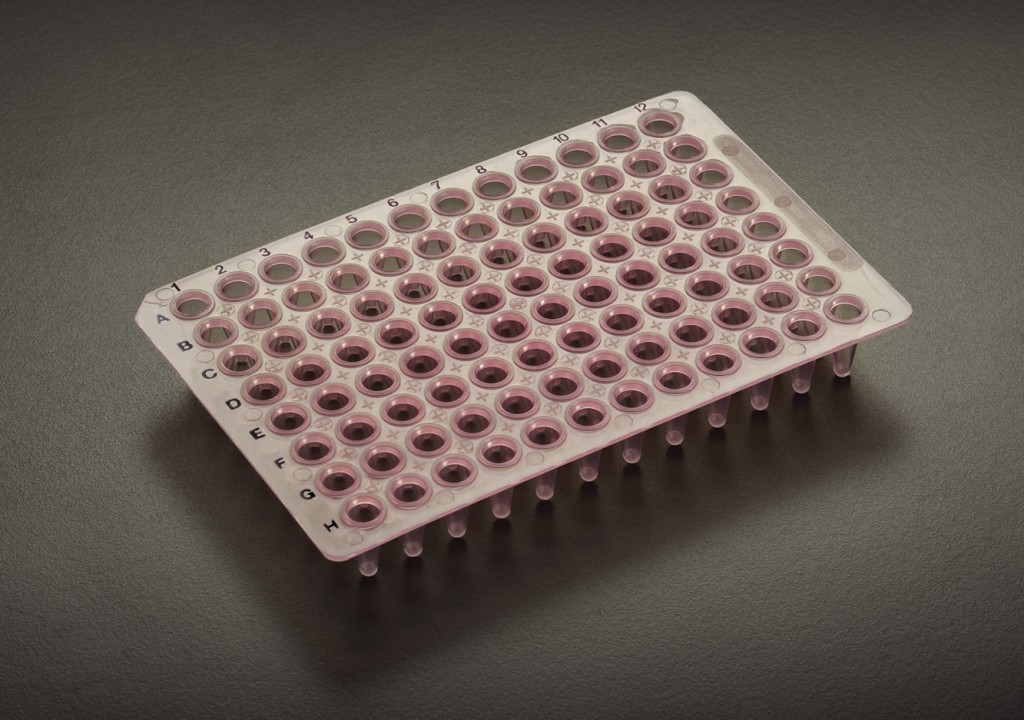 CAN BE USED WITH ALL LEADING THERMAL CYCLERS

These low profile 96-well PCR plates are similar to the regular Simport® AMPLATE™ Series detailed on the previous page. However, each of the 96 tubes has a smaller volume (only 100 µl) and thereby reduce the dead space between sample and cover.

They are thin-walled and designed for rapid thermal transfer. precision-molded to ensure well-to-well and plate-to-plate uniformity. All sealing methods can be used for oil-free operation: domed and flat cap strips (T321 Series), SecureSeal™ Thermal sealing film and foil (T329 Series), and Amplate™ Mat (T329-10). Suitable to be used with all 96-well shaped cyclers.

A printed black alphanumeric grid helps sample identification. To facilitate orientation, corner at A1 of the plate is cut away. The AMPLATE™ is easy to seal since no cylindrical walls extend above the plate. More economical than using single tubes, it is available colorless and in four different colors.

CAN BE USED WITH ALL LEADING THERMAL CYCLERS